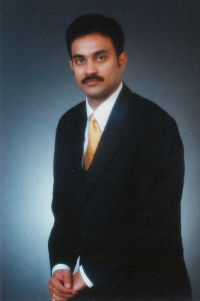 Cinkai Ariyan Cetukavalan Raja Remigius Kanagarajah, the youngest son of late Ilavarasi Maheswary Kanagarajah and late Ilavarasan Thambirajah M. Kanagarajah. The Raja was born in Sri Lanka on 1 October 1964. His ancestors hailed from India and Jaffna. The Raja also lived in many countries other than Sri Lanka. Even as the youngest of five children, he was brought up with strict rules and regulations of his Royal descent. The Raja Remigius Kanagarajah is a Direct Descendant of the Royal Family of Jaffna. The origin of his family's Royal Abode is "Cankili Thoppu" in Nallur, the Royal Palace of the Kings of Jaffna.

The Arya Cakravartti, Kings of Jaffna, had ruled the Kingdom of Jaffna for many years. It was a well-established Kingdom during its reign in Jaffna and it existed for 404 years. Unfortunately, the Kingdom of Jaffna was conquered by the Portuguese and it became a province of the Portuguese colonial Empire in the East. On 11 February 1621, the Arya Cakravarttis lost possession of their ancestral Kingdom. Those of Royal decent were taken to Colombo and then to Goa and were given the choice of either life through conversion to Catholicism or been put to death. Some who had accepted the Church for guidance were either allowed to return to Jaffna or were interned in monasteries. On 4 February 1948, Ceylon gained Independence from British colonial rule. On 22 May 1972, Ceylon became an Independent republic within the Commonwealth, severing a 157 years old link with the British crown. The official name of the country was changed to "Free, Sovereign and Independent Republic of Sri Lanka". Later in 1978 it was changed to the “Democratic Socialist Republic of Sri Lanka”.

Shaivism is the world’s oldest existing religion and it was the official state religion of the Kingdom of Jaffna. During the colonial period Cinkai Ariyan Cetukavalan Raja Remigius Kanagarajah’s ancestors had fought against the colonial rulers for religious conversion and thereby protecting the Independence of the Kingdom of Jaffna. Shaivism remains the dominant faith widely practiced by the Tamil people in Sri Lanka today. However, the Raja Remigius Kanagarajah respects all religions.

Cinkai Ariyan Cetukavalan Raja Remigius Kanagarajah was baptized as a Catholic, but the Raja takes part in many Hindu Religious Ceremonies. In this, he follows the traditions and customs of his ancestors. Even though he prefers to do things in his own way, he is aware that his position demands certain observances which are not in keeping with accepted practice in republican life.

By the time he was a teenager, his parents made sure that he had a busy schedule. Even as a young person, his association with politicians and high functionaries gave him many insights into the ways and means of coping with the problems of the common folk.

The Raja Remigius first attended Anuruddha College and he then attended the Prince of Wales College. He also attended Alethea International School, a private school in Colombo and participated in various activities and sports. He was a popular student and in his final years at school, he was a House Captain and Head Prefect.

After attending these prestigious schools, he later served as a teacher at Alethea International School for a few years where he was considered a strict disciplinarian and was held in high regard. The Raja has also served as General Manager of some well-known Travel Management Companies. Cinkai Ariyan Cetukavalan Raja Remigius Kanagarajah, has been a member of the Red Cross for many years. His interest in humanitarian work began at an early age.

Following the Indo-Sri Lanka Peace Accord in 1987, The Raja Remigius Kanagarajah was selected as representative of the Sri Lanka Red Cross Society to Jaffna. Later, the Raja was appointed by the Indian Red Cross and Sri Lanka Red Cross Society as the Coordinating Officer for the Northern and Eastern provinces of Sri Lanka. The Raja Remigius Kanagarajah was responsible for leading administration activities for the Red Cross, including tracing service (finding missing persons during the war), medical care, visiting detainees, mobile health clinics, coordinating food supplies and clothing distribution to the people affected by war in the Jaffna Peninsula.

The Raja is also a qualified paramedic, over and above these activities, he was part of the medical team which carried out hospital rounds and visited the sick and the wounded. Raja Remigius Kanagarajah also met with International and local delegates on a regular basis in order to discuss the problems and requirements in the North and East part of Sri Lanka during hostilities. Corruption is one of the critical issues around the world, especially in underdeveloped and developing countries. During his stay there was much corruption in Jaffna. The Raja, with the assistance of the authorities at that time, was able to bring an end to the corruption within a very short period of time.

During his time in Jaffna, due to threats, his life was in danger. But he never stopped working. He continued working for his people. Three attempts were made on his life, but none were successful and Raja Remigius Kanagarajah narrowly escaped death during the war. Despite all the threats and difficulties, the Raja was very pleased to be able to serve his people to the best of his ability. His services in Jaffna Peninsula were much appreciated by the people.

Cinkai Ariyan Cetukavalan Raja Remigius Kanagarajah, lives in exile in the Netherlands since 1991. Even though he left his own country his mind and his heart is in Sri Lanka. The Raja, although living in a country that is not his native land, is keenly aware of the ongoing situation in Sri Lanka. The Raja’s greatest hope is that he may be able to help in some way to bring peace to the dispersed Tamil people of Sri Lanka. After nearly thirty years of conflict, building sustainable peace takes time and it is a long-term commitment. A lasting Peace can only be built on understanding and by working together.

Cinkai Ariyan Cetukavalan Raja Remigius Kanagarajah was a member of Amnesty International and has assisted Amnesty International on numerous occasions. He has also served on board the Cruise Ship J. Henry Dunant in the Netherlands. The Raja Remigius has helped disabled children and adults. He has given them advice and training to show them the ways and means by which they could lead useful lives without, however, feeling depressed or unloved in societies far too occupied with other matters. The Raja also has helped people with various social and psychological problems, for example, people with marital problems and teenagers struggling for an identity. The Raja Remigius has on several occasions provided funds for causes which, without his help, would struggle to survive. The Raja has acquired some very valuable experience in dealing with people at large and especially in Sri Lanka.

In 2003, Cinkai Ariyan Cetukavalan Raja Remigius Kanagarajah of Jaffna restored the traditions of the Arya Cakravartti Dynasty with the explicit approval of the family. On 15 June 2005, by the majority acclaim of representative members of the Royal Family of Jaffna, Cinkai Ariyan Cekaracacekaran Raja Remigius Kanagarajah took over the responsibility as the Head of the Royal Family of Jaffna, with a ceremonial position.

Royal duties: The Raja Remigius Kanagarajah attends formal functions, charity events, civil ceremonies and other social functions in the Netherlands and overseas. In addition to these duties, The Raja is committed to promoting peace for the people of Sri Lanka.

Cinkai Ariyan Cetukavalan Raja Remigius Kanagarajah, does not belong to any political party or owe any favours to any political party. But the Raja’s greatest hope is to help in some way to bring peace to the dispersed Tamil people of Sri Lanka and to build a bridge of trust between both communities and to unite them as one nation.

Cinkai Ariyan Cetukavalan Raja Remigius Kanagarajah is also a member of The International Monarchist League in London as well as the Southeast Asia Imperial and Royal League, which promotes friendship between Royal Families of Southeast Asia. Dedicated to the improvement of social and charitable work within their nations, they also meet at "Diplomatic Level" in order to improve political relations and issues within their nations. These ideals uphold that royal families can and should influence political, social and economic changes in order to unify their peoples and bring about peaceful solutions to all problems within their countries.

The Raja Remigius has established diplomatic relations with numerous World leaders, International organizations and other Royal families around the world and he had been interviewed on several occasions by the Sri Lankan and foreign media.

Cinkai Ariyan Cetukavalan Raja Remigius Kanagarajah and Miss Aishwary Rajnandhini Lusijah Rajaratnam were married, after they have known each other for 6 years, in a civil ceremony at the Register Office in the Royal Borough of Kensington & Chelsea, London in 2002, followed by a Church Blessing on 2 October 2004, at the Balfour Castle, Shapinsay in Orkney, Scotland. By mutual consent the couple decided to separate officially in 2006.

Cinkai Ariyan Cetukavalan Raja Remigius Kanagarajah of Jaffna is the Patron of the following organizations: