Visiting address: The Ancient Minister’s Abode "Manthiri Manai" stands majestically on the Point Pedro Road, Nallur in Jaffna and it is about 2.7 Km from Jaffna bus stand.

In "Mathiri Manai" there is an ornamental gateway leading to the Ancient Abode and the main entrance is through a large arched porch. The existing two storey Abode structure is very unique, has a beautiful architecture and the interior structure has elaborate wooden carvings embedded with intricate designs. On the outside of the Abode there is a well and a concrete wash basin. Through the back of the Abode an entrance to a cellar in which there is a flight of stairs leading down to another room, itself linked to a third room by more stairs. The Abode has secret underground tunnels, which have been abandoned and were buried. 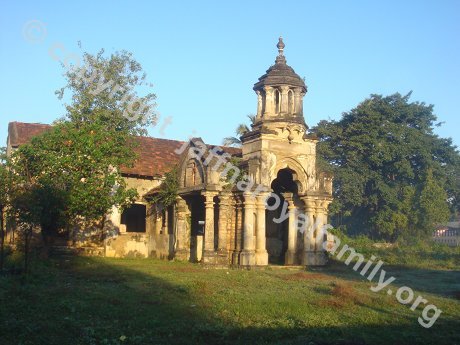 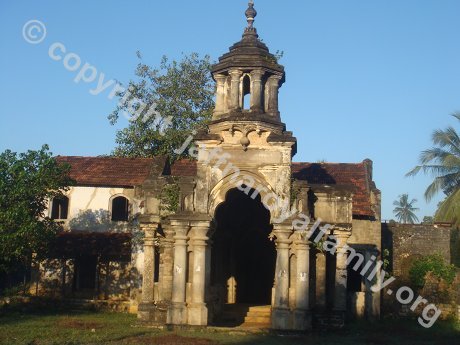 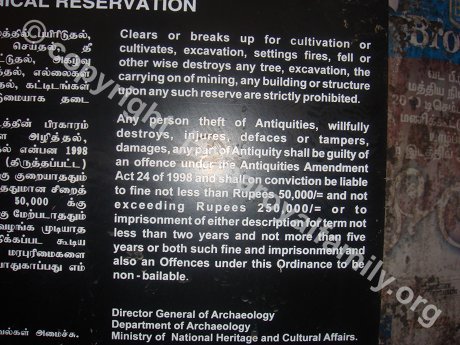 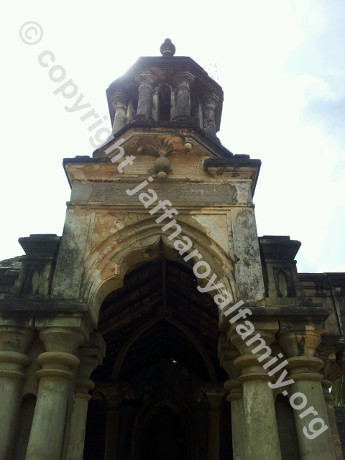 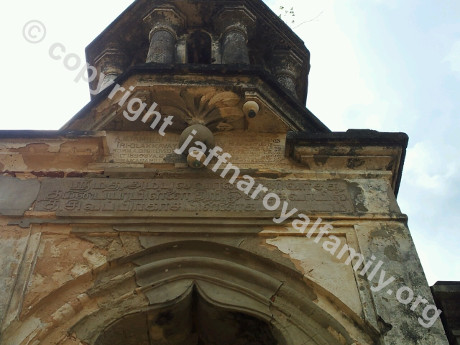 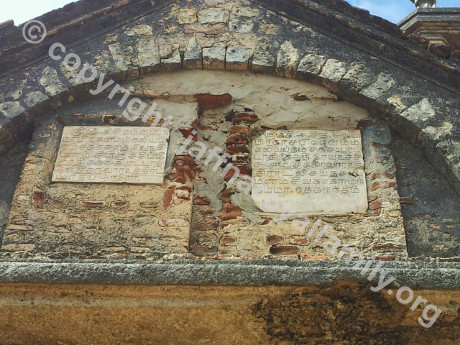 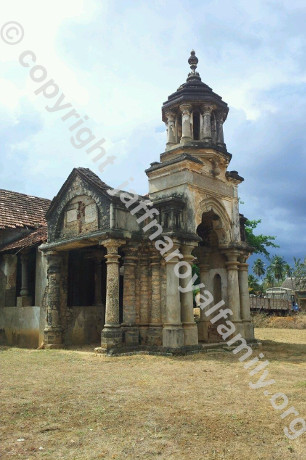 Side view of the Manthiri Manai 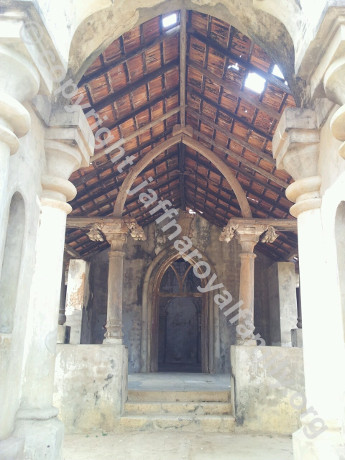 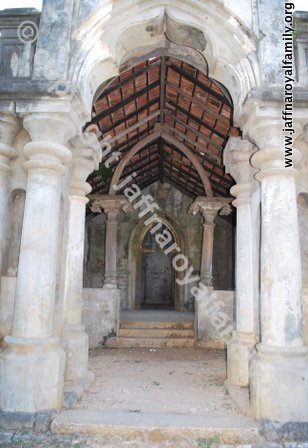 View from outside towards inside through the porch 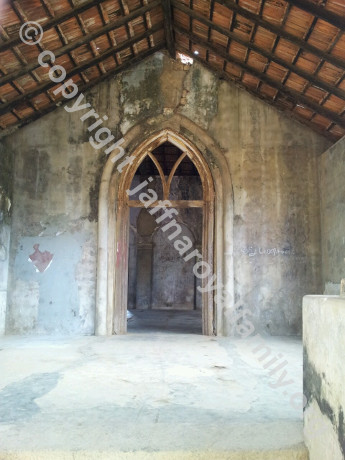 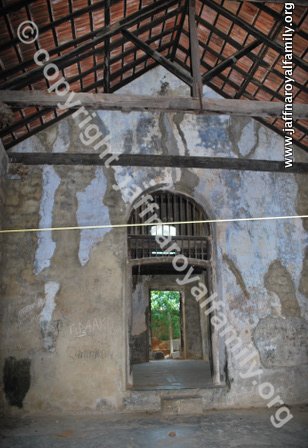 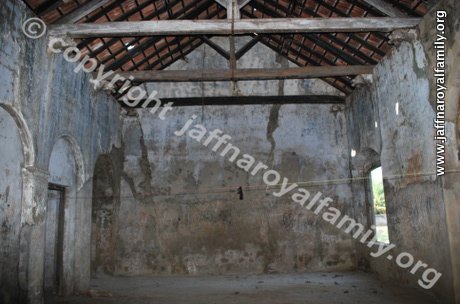 Inner view of the Manthiri Manai 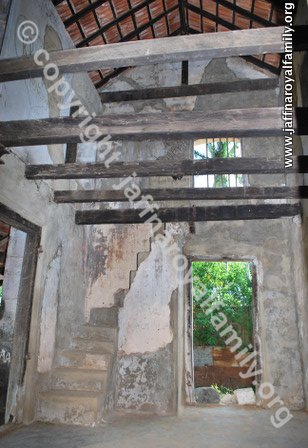 Stairway leading to the upper floor 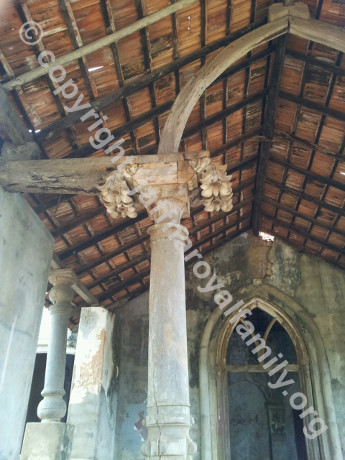 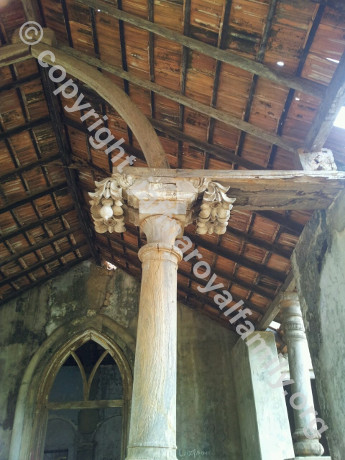 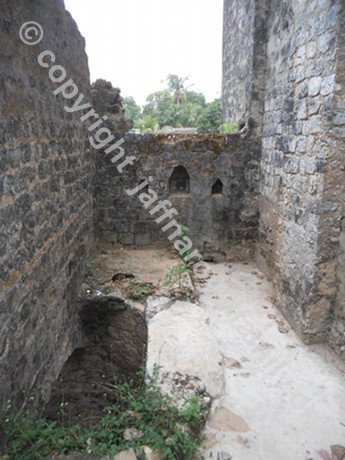 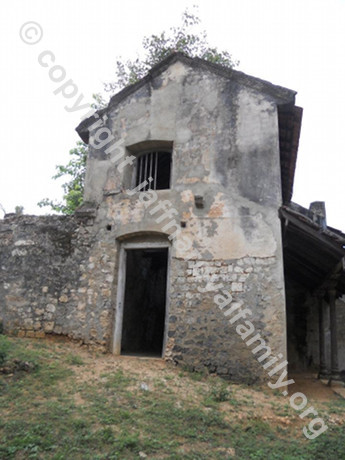 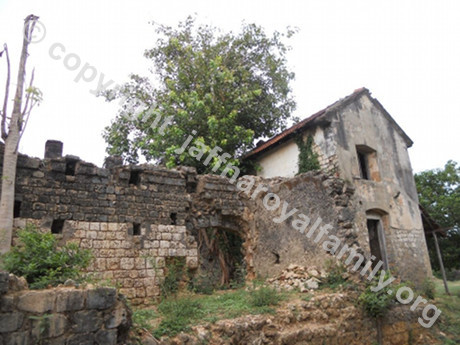 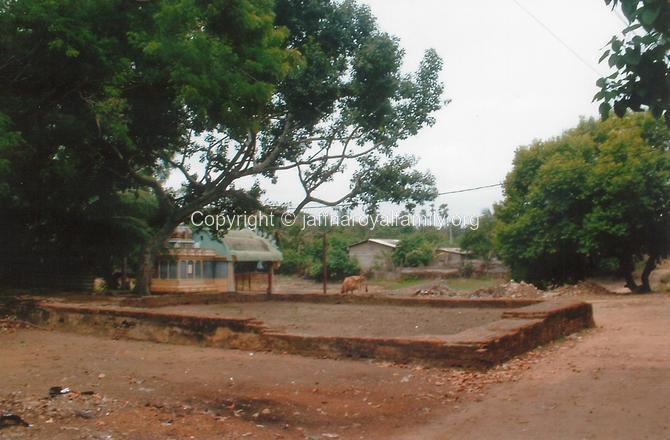