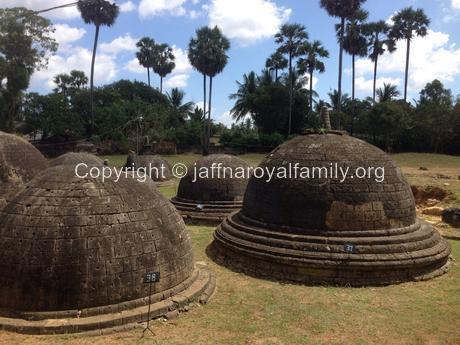 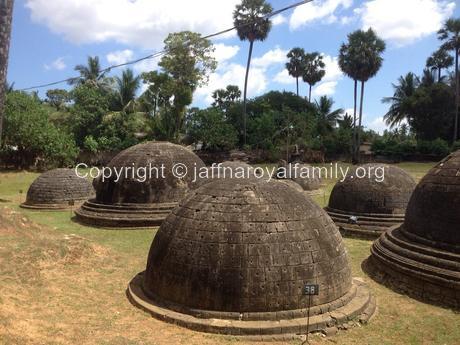 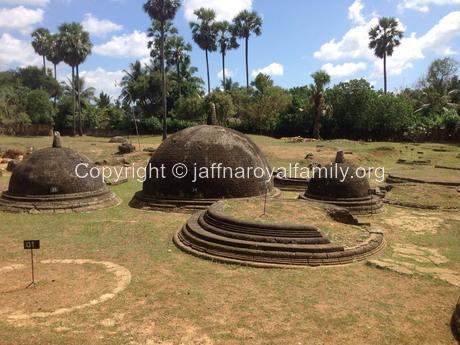 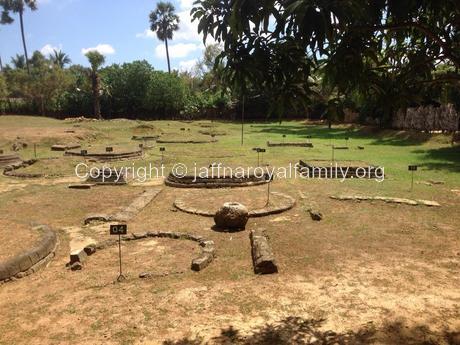 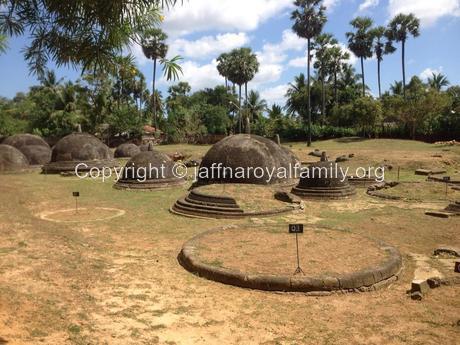 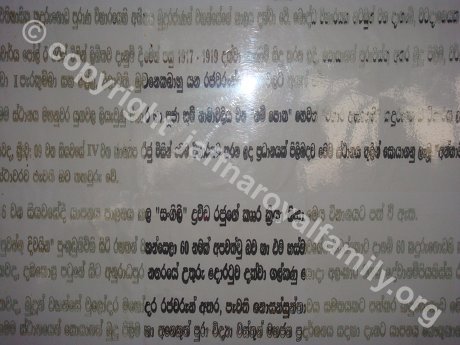 Kantharodai also known as Kadurugoda is located in Chunnakam in the Jaffna District. The Ancient Stupas are situated 3.2 km from Chunnakam and 8 km from Jaffna Town.

It is believed that Load Gautam Buddha stopped by to rest at Kantharodai on his way to Nagadeepa during his second visit to Sri Lanka. The ruins of 60 Stupas (Dagabas), largest Stupa is 23 feet in diameter and the smallest about 6 feet. They have been built very close to each other over about 1/2 acre land. They are quite unique, made out of limestone and dead coral rocks and have a very distinguished design with small holes all over. The Dagabas are circular shaped and similar to the “Sanchi” in India.

According to legend, the 60 Stupas were built to enshrine the relics from 60 Arahat Buddhist Monks who lived in Pungudutivu island.

This site was first identified by Dr. Paul E. Pieris, a former District Judge of Jaffna, who first discovered these Dagabas in 1917, says the constructions are more than 2000 years old. According to reports, during the archaeological excavations carried out in 1917 – 1919, about 56 large and small Stupas were unearthed. Some have been restored by the Department of Archaeology and many buried under the ground.