Nainativu is a small island off the coast of Jaffna Peninsula 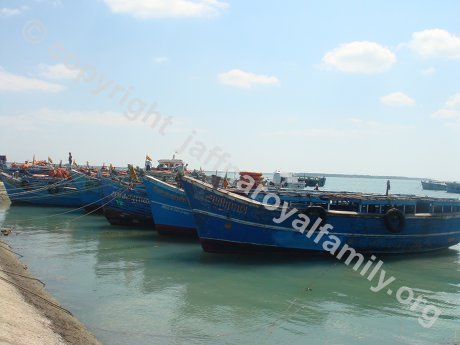 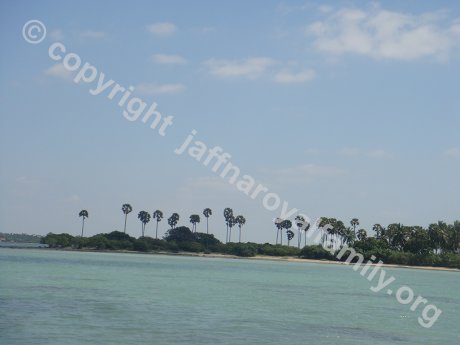 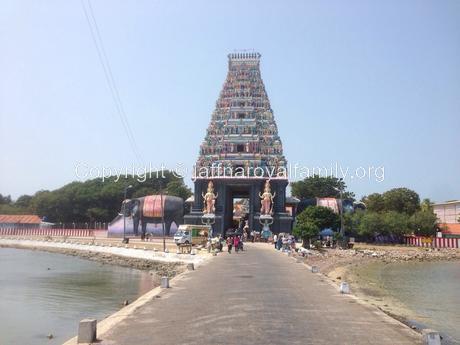 Sri Nagapooshani Amman Temple with its elaborate gopuram is located on the island of Nainativu in Jaffna District. It is a very ancient Hindu temple and dedicated to Goddess Parvati who is known as Nagapooshani or Bhuvaneswari and her consort, Lord Shiva who is named here as Nayinaar. It was originally established many centuries before by the Naga tribes (Snake-Worshipers) who were a pre-historic race of people of Sri Lanka. The temple complex houses four gopurams (Gateway towers) ranging from 20-25 feet in height. The tallest is the Raja Raja Gopuram soaring at 108 feet high. The annual Mahostavam (Thiruvizha) festival celebrated for 16 days during the Tamil month of Aani (June-July). 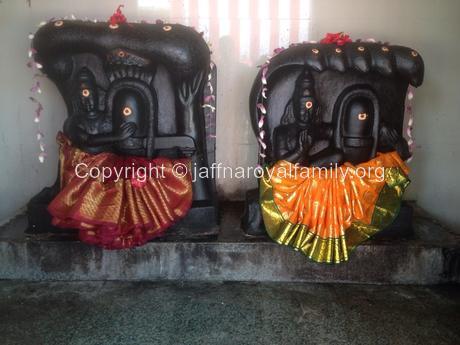 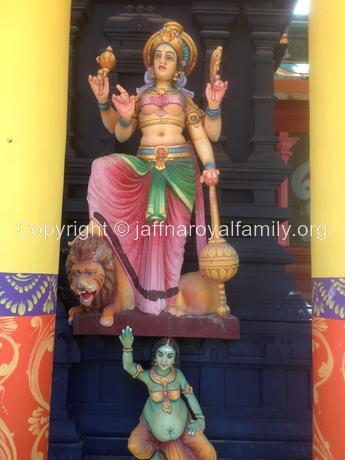 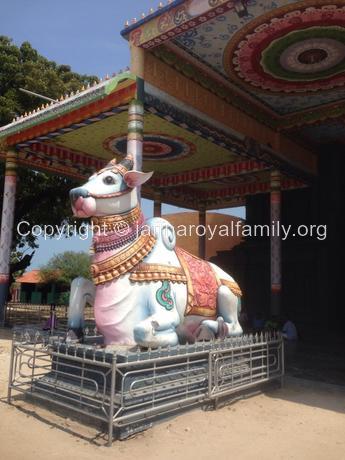 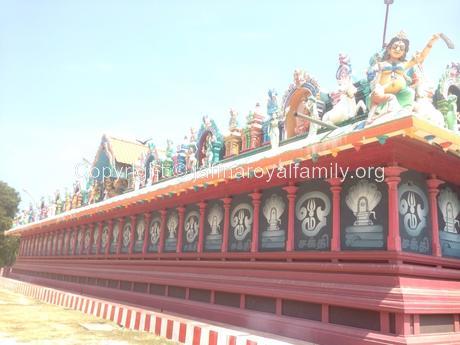