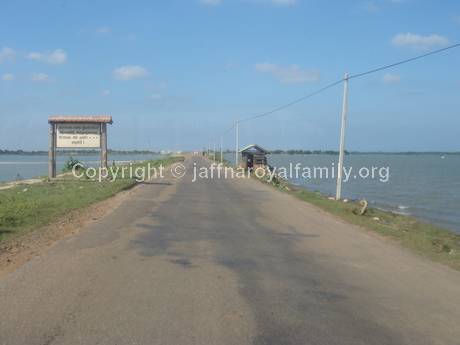 Elephant Pass is an isthmus, a narrow stretch of land that connects the northern mainland known as Wanni with the Jaffna Peninsula. The vast lagoon is on either side. Elephant Pass was originally it was named because it was the narrowest part of the lagoon across which Elephants that were abundant in the Wanni area were captured through Kraals and then herded to Jaffna peninsula.

During the Dutch colonial period they erected a fort in Elephant Pass. It was a well fortified and built with strong defenses and was part of defensive structure to protect the Jaffna peninsula.