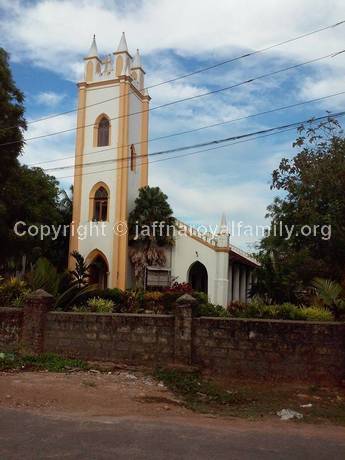 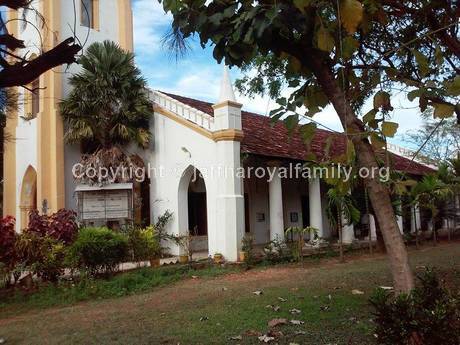 It was in 1619 that the Portuguese made their move to conquer Jaffna under Captain-Major Filipe de Oliveira. Unfortunately, after the Portuguese had conquered the Kingdom of Jaffna in 1621, all the Royal Palaces and more than 500 Hindu Temples were destroyed and razed to the ground on the explicit orders of Captain-Major Filipe de Oliveira. The stones from the foundations were removed in order to construct the Forts and Christian Churches in Jaffna.

In 1817 the Anglican Church Mission Society approved the establishment of missions in Ceylon. The first missionaries Rev. Joseph Knight was accompanied by Rev. Samuel Lambrick, Rev. Robert Major and Rev. Benjamin Ward and their wives from the CMC (Church Missionary Society), embarked from England on 20th December 1817, on board Vittoria for Ceylon and they reached Colombo on 17th June 1818.

After reaching Colombo the four clergymen were stationed to different places, Rev. Joseph Knight to Jaffna, Rev. Samuel Lambrick to Colombo, Rev. Robert Major and his wife to Galle and Rev. Benjamin Ward and his wife to Trincomalee. In July 1818, Rev. Joseph Knight arrived in Jaffna and took up his residence at Nallur. He established the CMS in Jaffna and commenced his first church missionary work in 1818, at Nallur. Innumerable were the difficulties and bitter the opposition he had to encounter. The people considered missionaries as outcasts and deemed it pollution to admit them to their dwellings. It was always usual for the Pundit to go to the tank and bathe on his way home, after giving his morning lesson at the bungalow.

Rev. Joseph Knight mastered the Tamil language and by 1820, he was fluent enough to conduct services in Tamil. Rev. Joseph Knight bought a mission house in Nallur for regular services. In 1823, an old dilapidated Dutch church adjoining the Mission House was handed over to the Mission by the Government. After extensive repairs the new church was opened to the public for worship on 25 July 1828 on St. James Day.

St James' Anglican Church in Nallur, Jaffna is said to have been built on the original site of the Nallur Kandaswamy Temple which was destroyed by the Portuguese in the 16th century. The part of the original Shiva Lingam of the Nallur Kandaswamy Temple was located in the Vicarage till 1995 when it was destroyed during the recapture of Jaffna by Sri Lanka armed forces and the platform where the Shiva Lingam was mounted on can still be seen in the hallway of the vicarage.

In 1826, a Printing office was established in Nallur, by Rev. Joseph Knight, (The way to Paradise) was the Tamil work first printed in Jaffna in this press. This press was lent to him by the American Mission of Jaffna.

As this Church is embellished with much history it was declared an archaeological protected monument in December 2011.

St John’s College in Jaffna is one of the oldest private educational institutions in Sri Lanka and it was founded in 1823 by the London Missionaries Rev. Joseph Knight, Church Missionary Society of the Anglican Church (CMS).