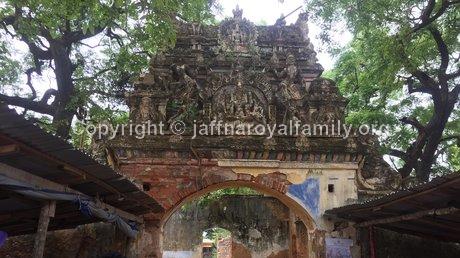 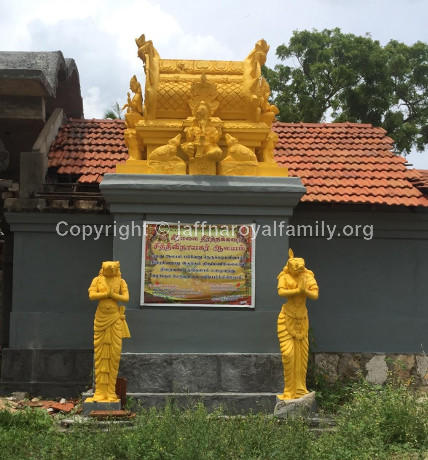 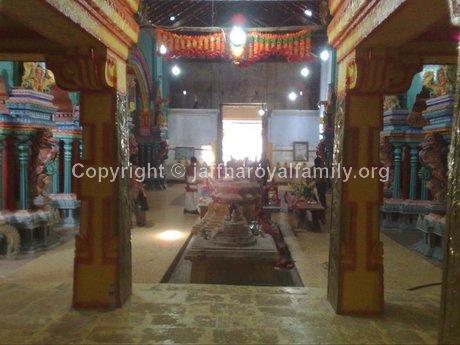 According to legend a Sadhu from India, named Nagula Swami (Nagula Muni), was deformed having the face of a mongoose, (Nagula meaning Mongoose in Sanskrit and Keeri in Tamil) he bathed in the Keerimalai sacred springs and the miraculous waves, cured his deformity and transformed into a human face. A sequence of archways leads to the sanctum where the largest Shiva Lingam in the island lies and the Shiva Lingam is made out of a very rare rock material.

In Hindu mythology, the two Amavasa considered most important are “Aadi Amavasai” and “Thai Amavasai”. The pilgrims flock to the Naguleswaram temple in large numbers on “Aadi Amavasai” day and this day is dedicated to carry out special rituals, remember and pray for forefathers and ancestors. So the Hindus perform “Tharpanam” (Means “that offering which satisfies”) on this auspicious day. It is observed annually during the Tamil month of Aadi (July-August).

The ancient Naguleswaram temple was destroyed by the Portuguese in 1621. The Brahmin priests have hid the main statues of deities in a near by well before fleeing the temple and later it was restored during the British colonial period.