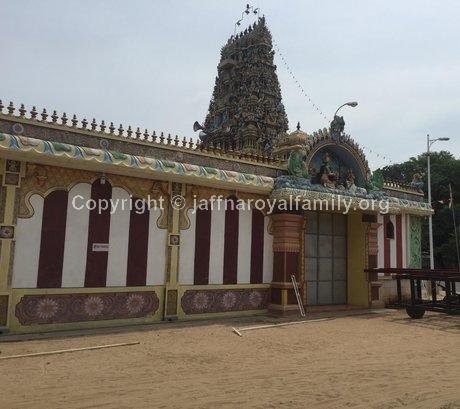 After Cinkai Arya Cakravarti Cankili (II) Cekaracacekaran and his family were captured, the Kingdom of Jaffna became a province of the Portuguese colonial Empire in the East.

Cankili (II) Cekaracacekaran’s other wives, when they heard about the defeat of the Arasan, they self immolated at the place which is known as Nachchimar Kovil at Vannarpannai in Jaffna. Also some of the descendants of the royal families and noble families had escaped from Jaffna in fear of their lives.