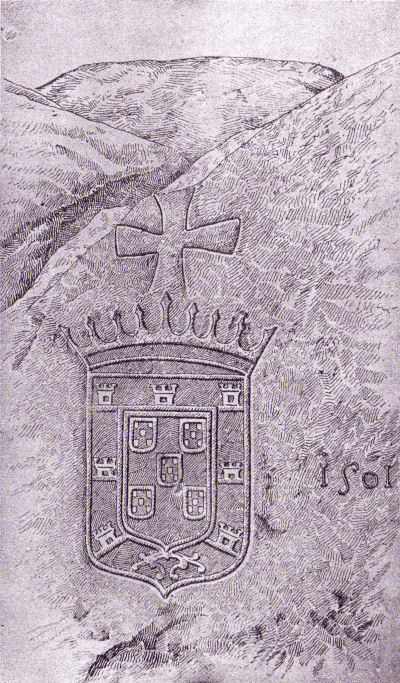 THE ROYAL ARMS OF THE PORTUGAL ENGRAVED ON A BOULDER (1505)

The first Europeans to visit the island were the Portuguese. Dom Lourenco de Almeida first arrived in Ceylon on 15 November 1505. He was the son of Dom Francisco de Almeida the first Viceroy of India from (1505-1509). A memorial of his first landing was carved on a boulder overlooking the Bay of Colombo. The Portuguese called it a “Padrao” and a cross above the Royal Arms of the Portugal. It was in the customs premises until removed to the Golden Gardens at the side of Queen’s House. This landmark can be seen even today and it is bearing the inexplicable date of 1505.