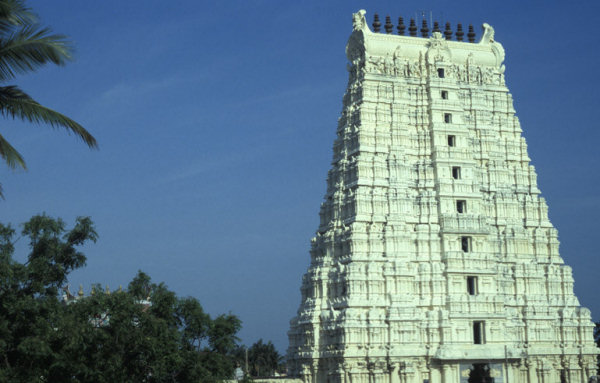 THE SRI RAMANATHASWAMY TEMPLE IN RAMESWARAM

The Kings of Jaffna were the trustees of the celebrated shrine of Rameswaram. Kunavira Cinkai Ariyan Pararacacekaran caused the “Ketppakiragam” (main shrine) to be built with stones. Some inscription recording the construction of the principle shrines at Rameswaram by a King of Jaffna, Kunavira Cinkai Ariyan Pararacacekaran in Saka year 1336 (AD 1414). The granite stones used for this purpose are said to have been hewn at Thirukonamalai (Trincomalee), numbered on the spot and then transported to Rameswaram by sea. The evidence from these inscriptions may only show that even in the fifteenth century the Arya Cakravarttis considered that they had an obligation for the maintenance of the shrines at Rameswaram.