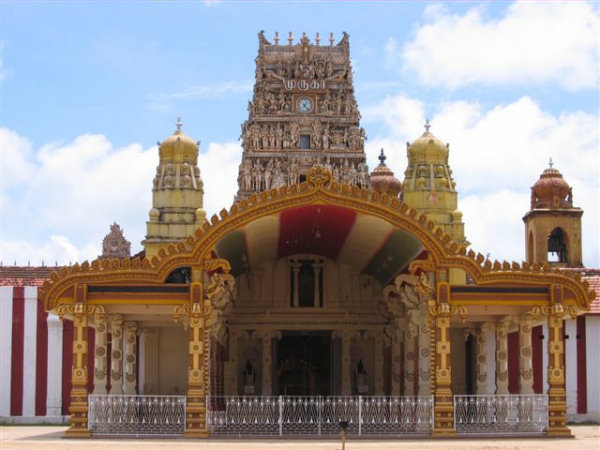 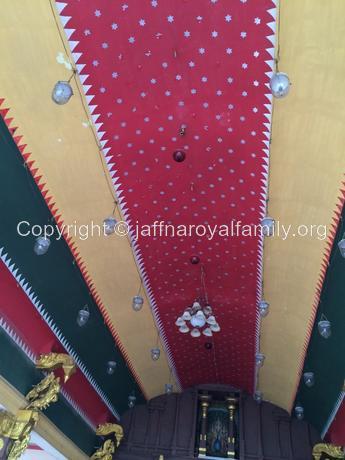 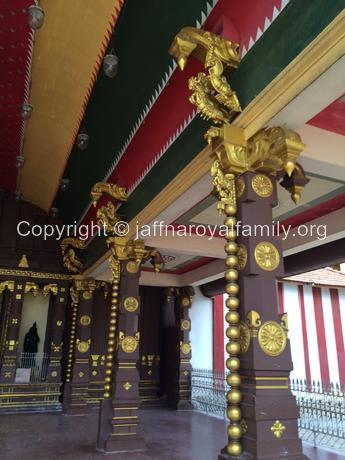 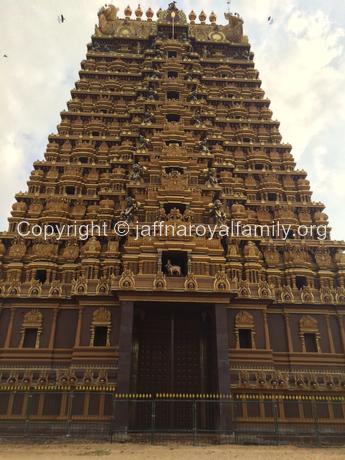 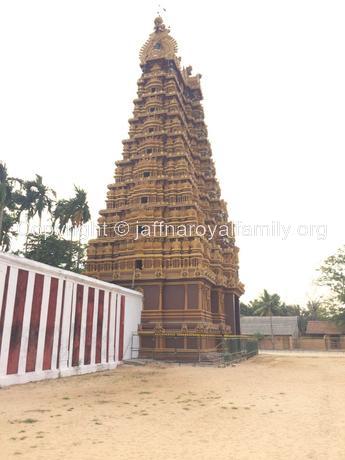 The annual festival of Nallur Kandaswamy Temple is conducted during July and August of each year for 28 days, concluding with the August new moon, with crowds of devotees attending the elaborate "Pujas" and Temple Rathams (Chariots) pulled through the streets. It is the largest Hindu Temple festival in the Jaffna peninsula and during the so-called Nallur festival season this temple puts on its most colourful face. During festival time, devotees from other parts of the country also visit Nallur temple in Jaffna.

During the festival season, the Sacred Flag is taken in a decorated Chariot from Nallur Saddanathar Sivan Temple to Nallur Kandaswamy Temple and handed over to the Chief Priest of the Nallur Kandaswamy temple, according to traditional rites, which was, been in force since the rule of Cankili Raja (I) Cekaracacekaran.

Unfortunately, after the Portuguese had conquered the Kingdom of Jaffna in 1621, the Nallur Kandaswamy temple was destroyed on the explicit orders of Captain-Major Filipe de Oliveira. Later During the Dutch rule, Don Juan Ragunatha Mapana Mudaliyar who was Shroff in the Jaffna Kachcheri used his influence with the Dutch administration and got permission to rebuilt the temple in the present location. Since then Don Juan Ragunatha Mapana Mudaliyar’s descendants have been the trustees of the temple.