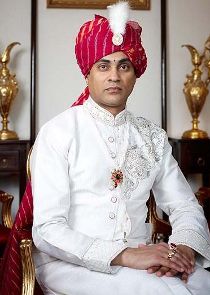 Greetings to the People of Sri Lanka and to all people around the world. It gives me great pleasure to invite you to visit the website which elaborates on various aspects of Jaffna (Yalppanam) and the rich cultural heritage of the Kingdom.

Geographically, the peninsula of Jaffna together with its seven little islands, crowns the island of Sri Lanka. Tamils originated mainly from different parts of southern India. It is a fact that in ancient times, the entire island (Ilankai or Lanka) was almost certainly had dominated by the principal Dravidian dynasties, known as Chera, Chola, Pandya, Pallava and later by Vijayanagara. All these Kingdoms had, at their prevailing times, collectively spanned and dominated the entire South Indian region.

Although the Kingdom of Jaffna was conquered by the Portuguese in 1621, it still exists through me, my family and other existing descendants of the Royal Family of Jaffna. The reason I am coming forward now to claim this succession is grounded in a wish to educate the younger generation and the world about the fact that there was once a strong Kingdom in Jaffna which contributed positively to the lives of people in what is now present day Sri Lanka. Also I would like remind the world that Tamils have a rich cultural heritage of which they can be proud. It is my sincere wish that all Sri Lankans should be able to live in a truly equal multicultural society with dignity, peace and prosperity. I hope and pray that peace may prevail over the people of Sri Lanka.